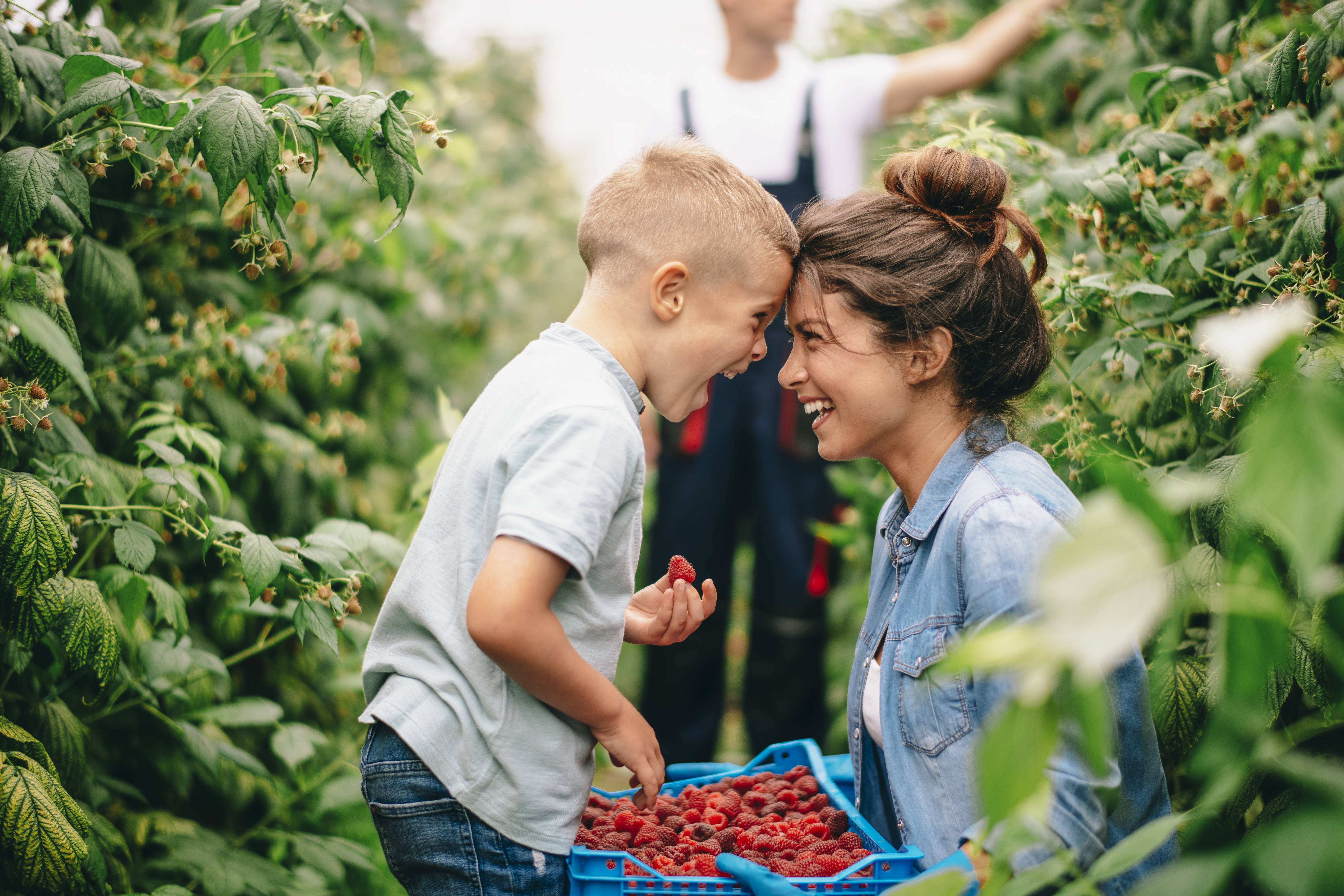 The 250 families we talk about – this is us. Living on the same land, in the same amazing regions, and growing fruit for generations.

There are many ways to work hard and make great products, but there is only one way to grow great fruit and that is to nurture it all as part of one family: people, fruit, land and environment.

Independence, full control of the production cycle, state-of-the-art facilities, unique processes, innovation and standards are only tools enabling our families to do what they know best: to grow great fruit with love.

“Napredak Lešnica” started out as a 5-member cooperative, but it soon grew bringing together a total of 20 families specialized in plum production. Modern technologies in production, coupled with a long-standing tradition, have brought forth plum harvests of exceptional quality. Farmers have extended plum season by combining an assortment of best varieties, from “Čačak Beauty” (the award-winning variety), through internationally recognized ones created by the Fruit Institute in Čačak nearby, to late varieties such as “Stanley”.

“Good Land of the South” cooperative was established by the good people of Southern Serbia. Blessed with an abundance of sunny days and warmer climate, Southern Serbia is a fantastic area for fruit production. Thirty families formed this cooperative to produce various fruit, especially strawberries.

The season of healthy strawberries in Southern Serbia kicks off with early Italian varieties. Intriguingly, in the expert hands of our producers, these varieties have superior flavor and color in these parts than in their country of origin. The season winds up with late varieties such as Senga Sengana. Southern Serbia’s crop of this late variety is prized by biggest international traders and processors for its premium quality. Low on acid and strong on flavor, strawberries make for perfect cooking, sauces and jams.

Arilje is a town in Western Serbia, which is the top raspberry-producing region in the world. Ideal climate, fertile soil, high-quality seedlings and years-long experience of Arilje farmers come together to yield every year an exceptional crop of raspberries. Arilje raspberries are synonymous with extraordinary quality and superb taste. This indeed holds true not only for Serbia but for the whole world as well.

Our raspberry growers joined forces and established a cooperative to process fresh and frozen raspberries together. Now 150 families are growing raspberries, checking all the boxes in terms of quality requirements set by the most demanding European markets. Moreover, our farmers have earned ‘protected designation of origin’ (PDO) status for their unique produce.

Young people and their families in Eastern Serbia drew on long-standing experience and pooled modern production facilities and resources to set up “Agroberry” cooperative. In addition to apples and sour cherries, this cooperative’s farmers started producing fresh raspberries.

Each berry is carefully hand-picked and immediately placed in retail packaging. Freshly harvested in the morning, raspberries reach retail consumers within the space of only several hours thanks to excellent logistics. Our farmers have also made a step further and ventured into greenhouse raspberry production to complement their open-field cultivation and attain full control of the production process.

Eastern Serbia is the home of our fruit, sour cherries in particular. Our traditional, and yet special, “Oblačinska“ variety has a particularly intense color, strong flavor and a profusion of anthocyanins. Rich flavor and particular chemical make-up of our sour cherries are what makes them the 21st - century’s superfruit. Our fruit farmers came together to form a new cooperative, building on their shared sour-cherry growing heritage and aided by modern production technologies.

In 2018, all our cooperatives united under the banner of a cooperative union, first of its kind in Serbia: Our Fruit Growers. We are vertically integrated and have full control of the production cycle, from orchard to final product.